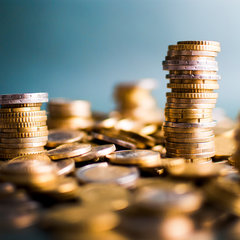 Economist JK Galbraith famously said: "There are two kinds of forecasters: those who don’t know [how to forecast] and those who don’t know they don’t know [how to forecast]”. As the professional soothsaying community peers into its crystal balls, swirl the tea leaves and look for signs of a rebound in economic data to offset the more dovish comments of a number of Monetary Policy Committee (MPC) members in recent weeks, have they all missed something quite fundamental?

In the middle of December, along with UK bank stress tests, the Bank of England, under the auspices of the Financial Policy Committee (FPC), announced it was putting the brakes on the UK economy. It did so by raising the counter-cyclical buffer (CCyB) from 1% to 2%. In the alphabet soup that is now bank regulation, they partially offset this by reducing the Pillar 2A requirement but, regardless, the timing was very odd.

In July 2016, shortly after the UK referendum result, the FPC announced a cut in the CCyB of 0.5%, highlighting that this would reduce regulatory capital, raising UK banks’ capacity for lending to UK households and businesses by up to £150bn. While there are perfectly reasonable grounds to argue for higher capital requirements longer term, using the same logic the increase in capital requirements, that was announced in December, will reduce the ability of UK banks to lend by close to £200bn over the next year.

Whether the MPC cuts interest rates or not, this clouds the outlook for UK banks in the shorter term and why we see better opportunities elsewhere.

All things being equal, that surely raises the chance of an interest rate cut. Nevertheless, whether the MPC cuts interest rates or not, this clouds the outlook for UK banks in the shorter term and why we see better opportunities elsewhere. Despite the pessimism towards the sector, banks in the US, Norway, India, Indonesia and Taiwan hit all-time highs last year, something UK bank investors can only dream of.

The future of financials

Global Financials: opportunities amidst the crisis

Coronavirus: A catalyst for change in financial services

Ten trends for the next decade in emerging markets

AI holds the key to the technology hype cycle

Webcast: China in a multipolar world